The day the 21st January, 2021, marks the 50th Mizoram Police Raising Day. A celebration function was organized at G.S. Arya Mess, PHQ which was attended by Police officers of the rank of SP and above posted in Aizawl city. The function was chaired by Pu L.H. Shanliana, IPS, ADGP Mizoram who delivered a welcome speech and highlighted the reason behind adoption of 21st January, 1972 as Mizoram Police Raising Day and the development of Mizoram police throughout its history. Pu SBK Singh IPS, DGP Mizoram delivered a speech wherein he stressed that Mizoram police should update themselves in the field of crime investigation, to utilize and apply modern technology in policing, to increase their efforts in the fight against drugs and narcotics substances and to give importance to welfare of police personnel. Pu John Neihlaia IPS, IGP (Hqrs.) proposed a vote of thanks in which he highlighted the activities and achievement of Mizoram Police and reiterated the police to perform their duties with good cooperation.

Mizoram (then called the Mizo District) attained the status of Union Territory on 21st January, 1972 and Pu Inderjit Verma, IPS took charge as the head of Mizoram Police i.e. IGP Mizoram on this day. Hence, this day has been adopted as the Mizoram Police Raising Day. Initially, there were only four units under Mizoram Police and only 6 (six) police stations. The strength of police was only around 200 personnel. Separate Armed battalion were not established and there are District Armed Branches in the 3(three) police districts.

At present, there are 11 Police Districts, 18 Sub-Divisions, 40 Police Stations, 3 Special Police Stations and 13 Police Outposts. There are 8 Armed Battalions (3 MAP Bns. & 5 IR Bns.) with 23 Border Outposts.  In addition, there are 6 other police units. The sanctioned strength of Mizoram police is 12206, the actual strength is 8634 with a vacancy of 3572.

During the year 2020, Mizoram police has several notable achievements: 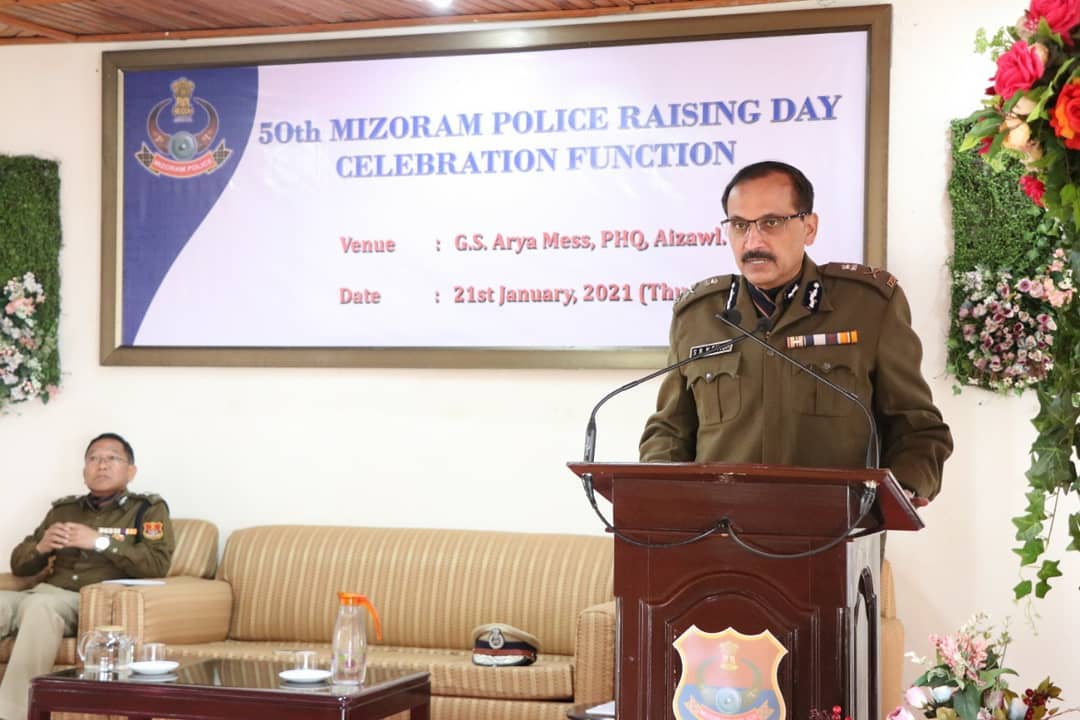