I. POLICE HEADQUARTERS, MIZORAM AT A GLANCE

LOCATION : Police Headquarters, Mizoram is situated at the heart of the capital City at Khatla, Aizawl, Mizoram.

The Mizo District Council, one of the adminsitrative unit under the state of Assam got status of Union territory on 21st January, 1972. Until Mizoram became Union Territory, the then Superintendent of Lushai Hills was the head of Police Force assisted by one Dy.SP. The first and foremost Superintendent of Police was posted in 1960. A small CID cell was also functioned under the control of Dy. SP at that time.

The Union Territory of Mizoram attained Statehood on 20.02.1987 with three districts viz. Aizawl, Lunglei and Chhimtuipui district. The Police Sub- Division, Police Station and Outpost in 1987 are as follows:-

After ten years of statehood, five new districts came into being in 1998 and there were eight districts in Mizoram till 2019. In addition to these eight districts, three new districts already notified by the Government of Mizoram in the year 2008 have also been made functional in the year 2019. Subsequently, office of the Superintendents of Police with its headquarters at Saitual, Khawzawl and Hnahthial are alse created vide Home Dept. Notification vide No. A-11013/1/2013-HM 1/A Dt.18.6.2019. Thus, there are 11 (eleven) districts altogether. Name of districts, district- wise Police Sub- Divisions, Police Stations and Police Outpost as on March, 2020 is indicated below:-

LIST OF DISTRICTS, DISTRICT-WISE POLICE SUB-DIVISIONS, POLICE STATIONS AND OUTPOSTA AS ON MARCH,2020

IV. YEAR OF ESTABLISHMENT OF UNITS 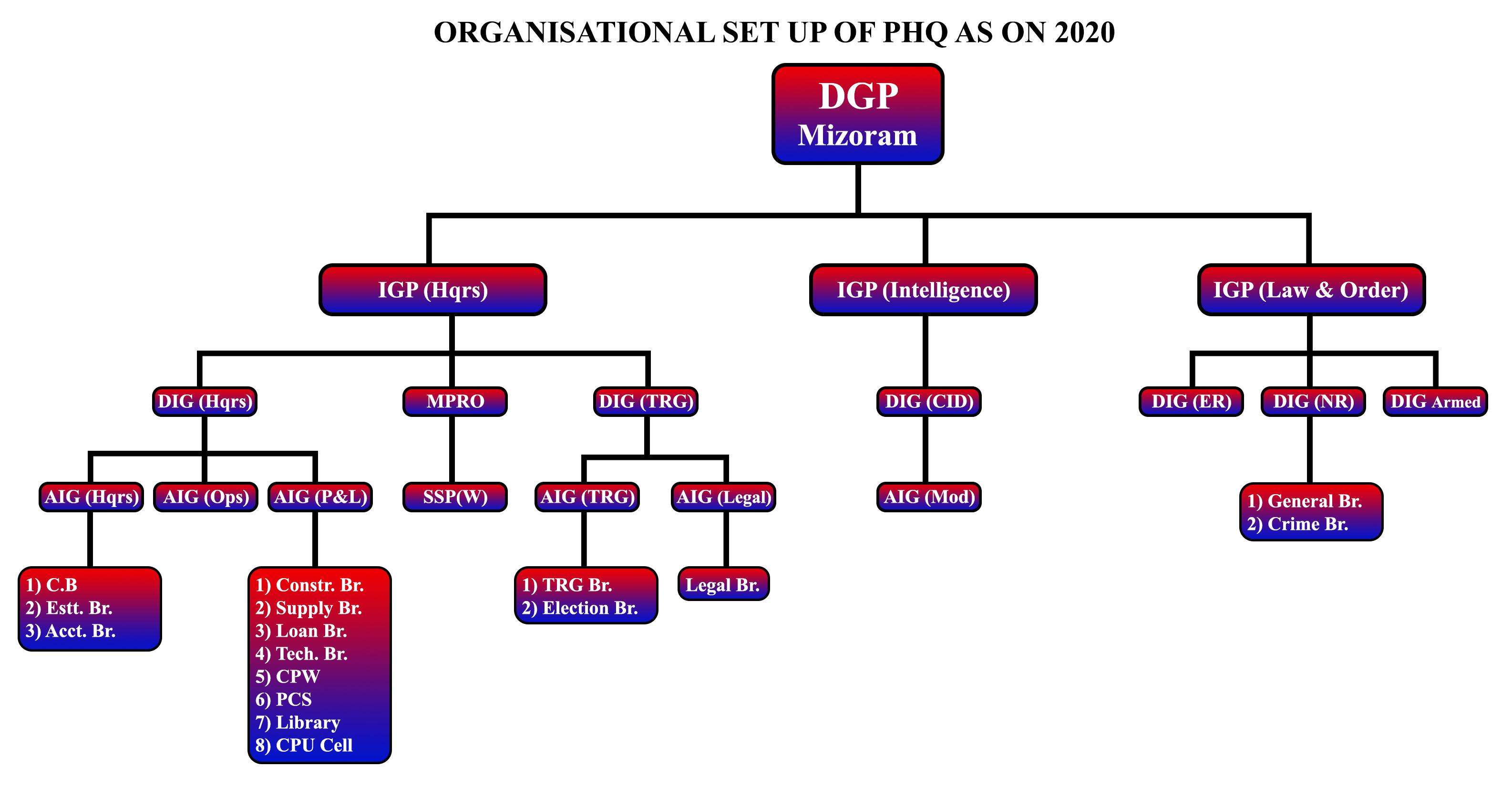